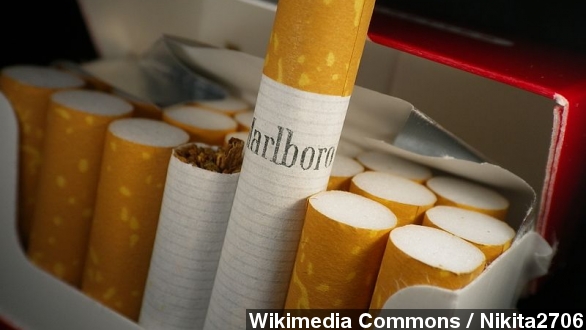 States' attorneys general are urging major retailers like Walmart to cease sales of tobacco in light of CVS's decision to do so in February.

While major retailers like Walmart carry just about everything, they may soon be lacking one item in particular — cigarettes.

Attorneys general from 24 states, Washington D.C. and 3 U.S. territories have sent letters to five major retailers including Walgreens, Walmart and Safeway urging them to stop selling tobacco products. (Via WNYT)

The move is being spearheaded by attorneys general Eric Schneiderman from New York and Mike DeWine from Ohio, who issued a press release saying, "Pharmacies and drug stores, which increasingly market themselves as a source for community health care, send a mixed message by continuing to sell deadly tobacco products."

The request comes just a month after retailer CVS Caremark announced they would stop selling tobacco products, a decision that will cost them $1.5 billion in annual revenue but has given them a lot of good will.

The New York Times notes that while there's no specific mention within the letters of punishing companies with legal action if they refuse, that "a person with knowledge of the group's thinking said that if the retailers did not act voluntarily, a push for reform or litigation could be a step down the road."

Although the Los Angeles Times couldn't reach Kroger; Walgreens, Safeway, Walmart and Rite Aid all stated that they were reviewing the letter. Rite Aid said it "'appreciate[s] that the attorneys general took the time to share their views' and that it is evaluating the letter."

A study by the Center for Global Tobacco Control says in 2009 less than 5 percent of tobacco sales occurred in pharmacies but predicted that amount would rise to almost 15 percent by 2020. (Via National Center for Biotechnology Information)