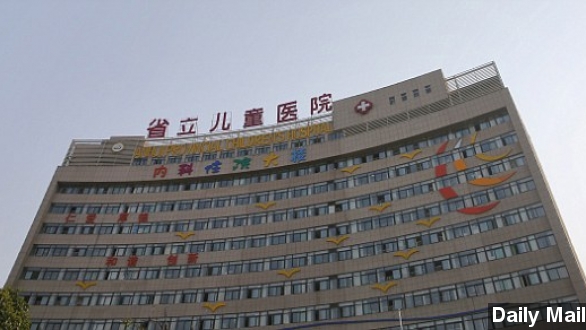 A critically ill baby boy pronounced dead in China suddenly woke up crying in a funeral home just before his cremation.

Two days after a critically ill baby boy in China was pronounced dead at a hospital, he was sent to a funeral home to be cremated. But an employee at the home was shocked when this happened.

"A funeral home worker discovered he was actually alive." (Via KZTV)

The health department in Anhui province told The Globe and Mail the one-month-old child had severe deformities, and he was being treated at Anhui Provincial Children's Hospital until Monday, when his condition worsened significantly.

According to sources at the hospital, the boy's parents had agreed to end his medical treatment at that point, and a doctor pronounced the newborn dead. (Via Daily Mail)

But when workers heard cries and screams coming from the back of the funeral home Wednesday, they knew the doctor was wrong.

Once employees realized the infant was still alive, they immediately brought him back to the hospital, where doctors began treating him once again. He is currently still in critical condition. (Via Daily Star)

Police are investigating the bizarre incident. The doctor who declared the baby dead has only been identified by the surname Cha and has reportedly been suspended.