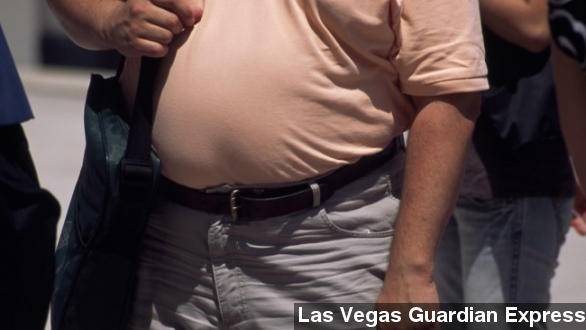 According to a new study, despite normal metabolic levels, obese people are still at higher risk of premature death than those at normal weight.

​If you’re the type who’s been watching your weight and watching research on obesity at the same time — you’re likely a bit confused by now.

Earlier this year headlines argued that being overweight or obese might not be bad for your health at all — it might even make you live longer. (Via ABC, Sydney Morning Herald, NPR)

But the results of a new study are turning those findings on their head — saying the idea of healthy obesity is a myth. (Via  CBC)

“This research is showing the exact opposite. That if you’re obese and healthy within a 10 year period you’ll increase your risk of such things as diabetes or high blood pressure.”  (Via CTV)

According to the study by researchers at Toronto's Mt. Sinai Hospital — despite normal cholesterol, blood pressure, and blood sugar levels — obese people are still at higher risk of premature death than those at normal weight. (Via WYOU)

“Being obese, even in the absence of measurable risk factors is associated with increased risk of a cardiovascular event. So there’s something that we’re not able to measure.” (Via WLFI)

The study reviewed previous studies that followed more than 61,000 patients for an average period of 11 years, and according to the BBC found “no healthy pattern of increased weight when heart health was monitored for more than 10 years.”

But not everyone is on board with those findings.

A writer at The Las Vegas Guardian Express points out one possible issue with the results: “Considering most of the participants were monitored for a 10-year period at a minimum, it is highly possible that the metabolic health deteriorated, which has led to the heart problems and negative results; not just the obesity factor.”

According to the CDC more than one-third of American adults are considered obese, with obesity-related health costs amounting to nearly $150 billion dollars in 2008.

The study was published in the Annals of Internal Medicine.