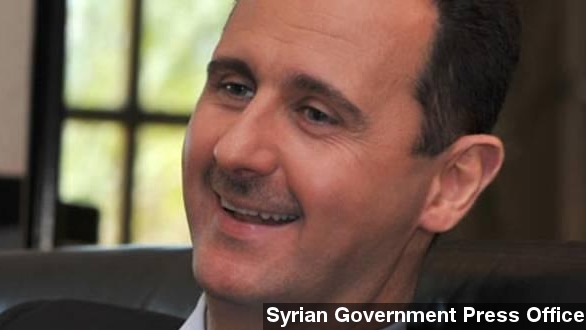 U.N. Human Rights Chief Navi Pillay said “the evidence indicates responsibility at the highest level of government including the head of state.&quot;

​Following an inquiry into human rights violations during the bloody Syrian civil war, the U.N. has for the first time implicated Syrian President Bashar al-Assad for war crimes and crimes against humanity.

​“The evidence indicates responsibility at the highest level of government including the head of state.” (Via BBC)

Pillay didn’t go so far as to name Assad — as the suspects in the investigation are currently confidential. Though that term "head of state" is pretty revealing. The names could go public pending prosecution by the International Criminal Court. (Via Wikimedia Commons / Antonio Cruz)

However, the odds of that happening might be unlikely as Syrian allies China and Russia have the power to veto that prosecution.

For its part, the Syrian government has denied the claims. The country’s deputy foreign minister responded to the accusation saying Pillay “has been talking nonsense for a long time and we don't listen to her." (Via The Guardian)

Though the U.K.-based Syrian Observatory for Human Rights puts that number at nearly 126,000 — with civilians making up more than one-third.

Pillay also implicated rebel forces in violations of human rights, though pointed to the Syrian government as holding the bulk of the responsibility. (Via CBC)

Quoted by The Independent she said, “the scale and viciousness of the abuses being perpetrated by both sides in the conflict almost defies belief.” (Via The Independent)