'Once Upon A Time' Actress Ginnifer Goodwin Is Pregnant 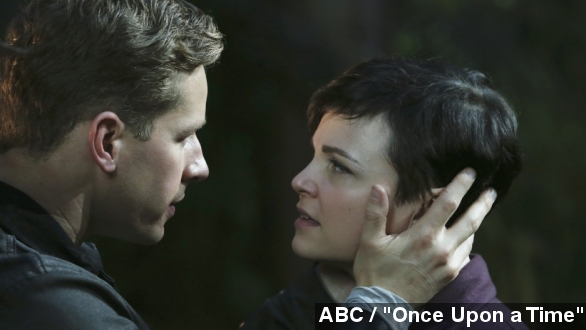 Ginnifer Goodwin and Josh Dallas are expecting their first child together.

"Once Upon a Time" co-stars Ginnifer Goodwin and Josh Dallas confirmed to People Wednesday that they are expecting their first child together.

But that's about all we know — the finer details, like the baby's gender and Ginnifer's due date — haven't been revealed.

Rumors that the actress might be pregnant started swirling after she was spotted wearing a bulky grey jacket on the set of "Once Upon a Time" earlier this month. (Via Daily Mail)

Thirty-five-year-old Ginnifer and 31-year-old Josh met on the set of the ABC fantasy show back in 2011 — Ginnifer plays Snow White, and Josh is Prince Charming. (Via ABC / "Once Upon a Time")

The couple took their onscreen romance off screen in spring 2011, and announced their engagement in October 2013. (Via E!)

Ginnifer has expressed her desire to be a mom in the past.

She told InStyle UK back in 2010, "I want three or five children, but I need a bigger house or a smaller closet... If it happened right now, I would absolutely have a baby."

No word if the seven dwarfs and woodland creatures will be invited to the baby shower.