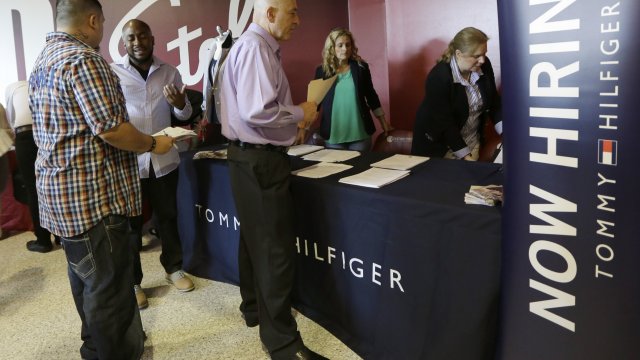 Most economists were expecting another 1.4 million claims filed last week.

Jobless claims fell more than expected last week, with 1.18 million Americans filing claims. It’s the lowest number since the peak in March. But it also marks the 20th straight week of claims being above one million.

The latest figures come just a day ahead of the highly-anticipated monthly jobs report for July.

Economists are expecting a 10.5% unemployment rate, down from 11.1% in June. But concerns lie ahead as lawmakers negotiate the next round of stimulus, and what it’ll mean for small businesses — which employ nearly half of all American workers.

Both Democrats and Republicans say they want a deal by the end of the week.

“We’re not going anywhere until we get an agreement,” Sen. Dick Durbin told CNN on Thursday.

But time is running out, and President Trump said he’d be willing to take executive action if an agreement isn’t reached soon.