At Least 1 Dead, 8 Injured After Driver Hits Pedestrians In Berlin 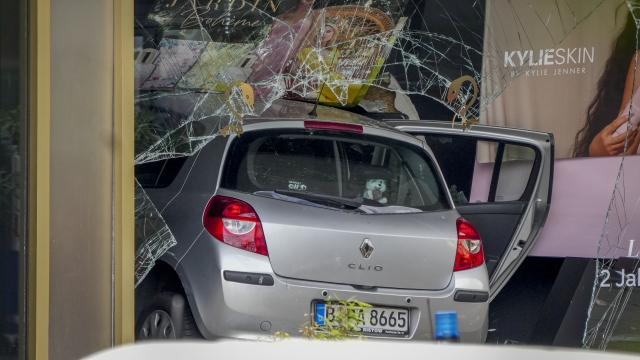 Police said the man drove into people on a street corner Wednesday before getting the car back on the road and then crashing into a shop window.

A man drove a car into pedestrians in a popular Berlin shopping district Wednesday, killing at at least one person and injuring at least eight others, rescue services said.

The man drove into people on a street corner at around 10:30 a.m. before getting the car back on the road and then crashing into a shop window around a block further on, police spokesman Thilo Cablitz said.

The driver was apparently detained by passers-by before being arrested swiftly by a police officer who was near the scene, Cablitz said. He said police are trying to determine whether he deliberately drove into pedestrians or whether it was an accident, possibly caused by a medical emergency.

Police later tweeted that the driver was a 29-year-old German-Armenian who lives in Berlin. They didn't give further details, and it wasn't immediately clear what if anything he had told them in questioning.

Large numbers of rescue vehicles and first responders were at the scene.

Berlin Mayor Franziska Giffey tweeted that she was "deeply shocked by this incident."

German Interior Ministry spokesman Maximilian Kall said it was "too soon" to say whether it was an accident or an intentional act.

The incident happened at one end of the Kurfuerstendamm shopping boulevard and next to the Breitscheidplatz square, where an extremist carried out a vehicle attack on a Christmas market in 2016, resulting in 13 deaths.

In a 2019 incident in central Berlin, an SUV plowed into a group of pedestrians, killing four people. The driver had suffered an epileptic seizure and veered onto the sidewalk.