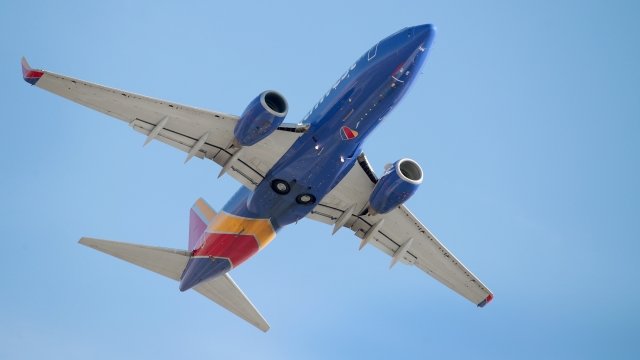 Southwest Airlines said it was cooperating with the National Transportation Safety Board's probe. One person was killed.

One person is dead after an engine blew apart on a Southwest Airlines flight Tuesday. It's the first fatality like this on a U.S. airliner since 2009.

Southwest flight 1380 was on its way from New York to Dallas when the pilots reported an engine fire and started descending to land in Philadelphia. Passengers said shrapnel from the engine blew out a window on the jet, injuring a woman who was sitting nearby. People on the plane posted pictures and video of oxygen masks that dropped from the ceiling.

When the plane was on the ground, an injured woman was taken off the plane. It wasn't clear Tuesday who was killed.

"This is a sad day," CEO Gary Kelly said. "Our hearts go out to the family and loved ones of the deceased customer. Please join us in offering thoughts and prayers and support to all of those affected by today's tragedy."