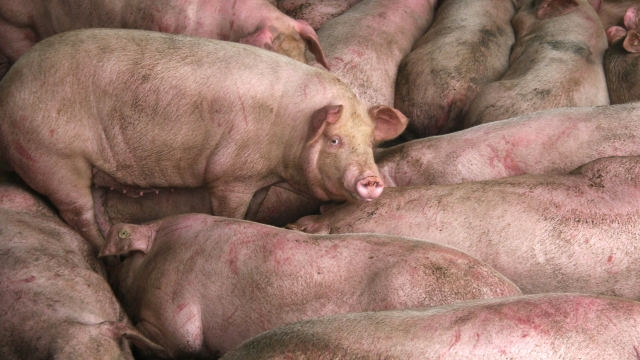 African Swine fever has no vaccine or cure.

The ASF virus was first reported in China back in August. As of last week, China's Ministry of Agriculture and Rural Affairs reports there are 129 outbreaks across the country and over 1 million pig deaths. By the end of the year, China is expected to lose about one-third of its pigs.

The virus has spread to other Asian countries like Mongolia, Vietnam and Cambodia. Around 95,000 pigs have been killed in those three countries combined.

There is no vaccine for the virus and once a pig catches it, there's no cure. It has a 100% death rate. Affected pig farmers have even had to slaughter healthy pigs just to stop the spread of ASF.

The massive hit to the pork industry is already creating a ripple effect across the globe. The USDA forecasts the world's soybean market is expected to fall because farmers in China won't need as much for pig feed.

The United Nations Food and Agriculture Organization says it could take years before the virus is under control.