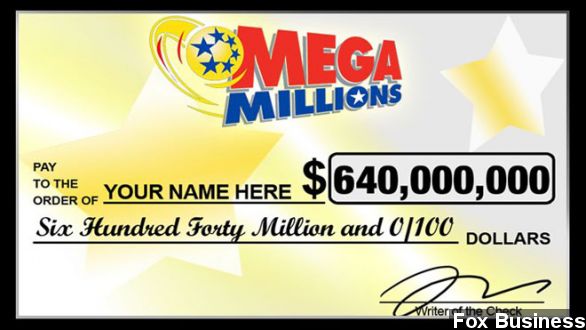 After three months and 21 drawings, two people have finally won the Mega Millions lottery. One winner in Georgia came forward to claim $120 million.

One of the two reported winners of Tuesday's Mega Millions jackpot drawing has come forward.

Her name is Ira Curry, and because of her wish for privacy, that's almost all we know about her. (Via WHO-TV)

"We don't get to see her face. Would you want people to see your face if you just won that kind of money? I don't know if I would. We can all dream, there will always be a next time." (Via CNN)

But we do know Curry opted for the cash option, which, after taxes and splitting it with her co-winner in California, means Curry will be awarded more than $120 million. (Via The Epoch Times)

On Wednesday, the president and CEO of the Georgia Lottery, Debbie Alford, gave a press conference and spoke on behalf of Curry — who, of course, was not in attendance.

"She heard on the radio station the announcer talking about the number seven as the Mega Ball. She realized that was her pick. … Her daughter checked the winning numbers, and sure enough, they were the big Mega Million winners." (Via ABC)

Alford said Curry was in a state of shock after learning the news. Well, that's understandable.

"The Gateway Newsstand, that's where the winning Georgia ticket was purchased."

"I don't think anything now, just too many things in my head." (Via Fox News)

The other ticket was sold at Jenny's Gift Shop in San Jose, Calif.

The winner in California has 180 days to come forward publicly and claim his or her prize. Only six states allow winners to stay anonymous. (Via WSIL)

The two winning Mega Millions tickets are the first since October, when the program changed its rules. Since then, there have been 21 drawings, and the jackpot reached a close-to-record high of $646 million. The record is $656 million.

Twenty players did win a cool million each after matching all the numbers except the Mega Ball. If you didn't have any luck this time around, you can try again with the $15 million reset — the drawing for that is Friday.