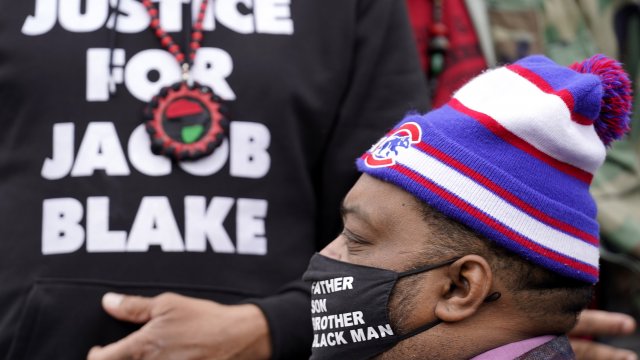 Today marks one year since Jacob Blake was shot in the back by a white police officer in Wisconsin.

Today marks one year since Jacob Blake was shot in the back by a white police officer in Wisconsin.

We just heard from one business owner who lost everything in the protests sparked by the shooting -- and he says the community still wants change.

That business owner has since been able to open his doors in a new location...

But Jacob Blake still can't walk -- he was left paralyzed from the waist down.

Still was the theme of a demonstration demanding justice for Blake over the weekend in Kenosha.

He joined the event virtually.

Blake's father took the podium and said -- they're still demanding that Black and Brown people get treated the same as white people.