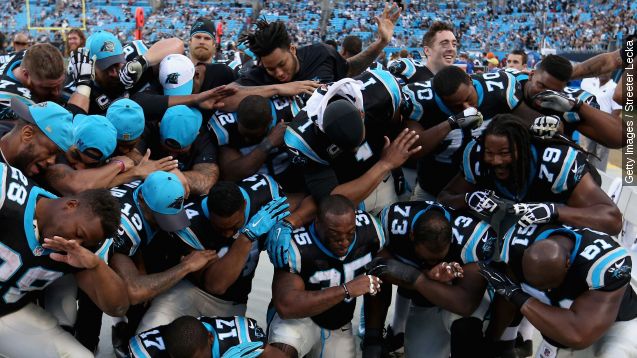 The Carolina Panthers had 10 players selected for the Pro Bowl, but that could be a problem if the team makes it to the Super Bowl.

The undefeated Carolina Panthers are the hottest team in the NFL right now, due in no small part to some outstanding individual contributions.

The Panthers are sending 10 players to the Pro Bowl. The list of stars is highlighted by quarterback and NFL MVP front-runner Cam Newton, who's already amassed 40 touchdowns this year.

The Panthers are also sending four from the defensive side of the ball, including 2013's defensive player of the year, middle linebacker Luke Kuechly.

All these selections are fine and dandy for the Panthers, but they could pose a problem for the NFL if Carolina remains hot. (Video via WCNC)

The Pro Bowl is Jan. 31, a week before Super Bowl 50 on Feb. 7. Players heading to the Super Bowl don't participate in the Pro Bowl, so the NFL could be left scrambling for at least 10 replacement players should the Panthers go all the way. (Video via San Francisco Bay Area Super Bowl 50 Host Committee)

We've got an idea for at least one of the replacements:

"I'm just loosening my arm," a kid said to Cam Newton in an NFL commercial.