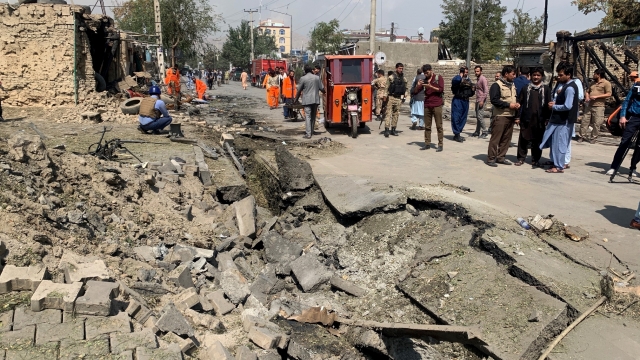 Afghanistan's hopes for peace suffered still another deadly setback Wednesday. Ten people were killed in Kabul and more than 30 wounded after a government convoy was bombed in what officials described as an attempted assassination.

The intended target of the attack, first vice-president Amrullah Saleh, said he suffered only minor burns. His spokesman called it "a vicious terrorist attempt" on his life. And Saleh said, "a number of my brave bodyguards were killed," along with civilians.

The blast, apparently from a bomb hidden in a roadside cart, came as peace talks have stalled between the Afghan government and the Taliban rebels.

A Taliban spokesman denied responsibility, insisting the group had nothing to do with the attack. Afghanistan's  top negotiator called for peace, saying, "The time for excuses is over. The killings must end."