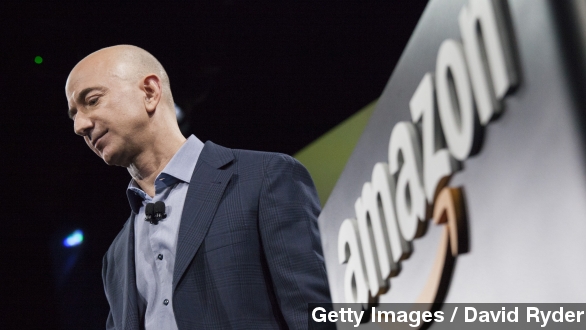 After struggling all year, Amazon might be ending 2014 on a high note thanks to the 10 million new customers who signed up for Prime.

The $99-a-year subscription gives users access to Amazon's music and video streaming catalog and several other services, but the driving feature for the increase this time of year was probably the free two-day shipping.

It also said in a press release its Fire TV Stick was the "fastest-selling Amazon device ever." (Video via Digital Trends)

The boom in customers giving Prime and the Fire TV Stick a shot comes at the end of a challenging year for Amazon.

The company expected big things from its launch of the Fire Phone this summer but it was sorely disappointed. Early reviews from tech writers were overwhelmingly negative and sales were equally dismal.

Even dropping the price to $0.99 with a contract didn't help and back in October the company announced it was $170 million in the hole over the project.

Amazon failed to turn a profit this year overall, as well, leading to its stock being down 23 percent in 2014 and some frustrated investors.

But if the holidays really were as good to Amazon as it claims things might be starting to look up.

The company's press release doesn't give any hard numbers but claims it sold three times more Fire tablets and four times more Kindles on Black Friday and total sales from the Amazon app on smartphones doubled in 2014. (Video via NBC)

There is also the 10 million new Prime members, which, according to 24/7 Wall St., could lead to $1 billion dollars in revenue.

But if you read Amazon's press release closely it reads that customers "tried" Prime for the first time, meaning that people could just be hopping on for the 30-day free trial and have yet to actually pay for the service.

Just how much of an impact the holidays had on the company won't be known until the company posts its quarterly results in January or February.