Charlie Gard, 11-Month-Old At The Center Of Legal Battle, Has Died 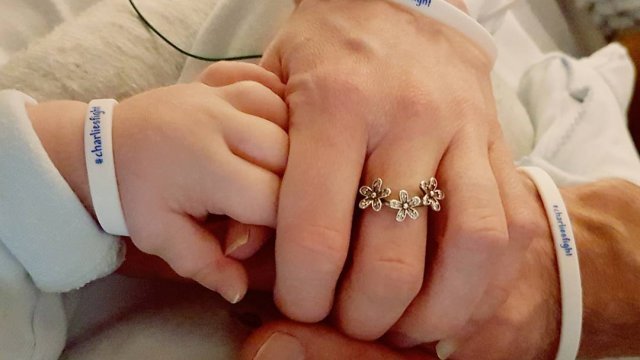 The parents of Charlie Gard say their son, who was born with mitochondrial DNA depletion syndrome, has died.

The parents of Charlie Gard say the 11-month-old has died.

Connie Yates, Charlie's mother, said in a statement: "Our beautiful, little boy has gone. We are so proud of you, Charlie."

Charlie was born with mitochondrial DNA depletion syndrome, a disorder that left him unable to move or breath on his own.

He was placed at the center of a legal battle earlier this year. His parents wanted to take him to the U.S. for an experimental treatment, but his doctors recommended he be taken off life support.

His parents raised 1.3 million British pounds ($1.7 million) to bring Charlie to the U.S.

The courts sided with his doctors. Earlier this week, Charlie's parents dropped their case, saying "it was too late" to seek treatment.

A lawyer representing Chris Gard and Connie Yates told the U.K.'s High Court that "it is too late" for treatment to help the British infant.

Charlie passed away about a week before his first birthday.