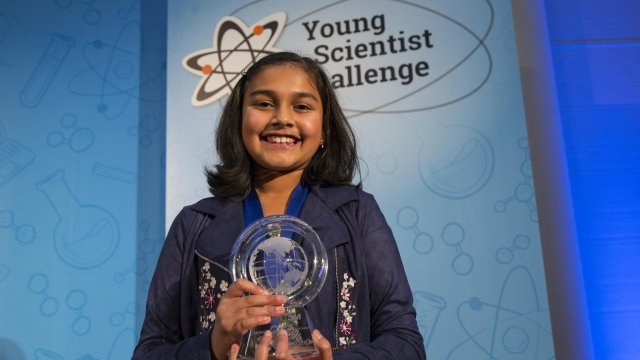 An 11-year-old wants to change the way we test for lead in water.

Gitanjali Rao created a disposable cartridge to detect how electrons move in water. When lead is present, electrons will flow uncharacteristically.

The results are then sent to a user's phone through a Bluetooth attachment connected to a processor. Users view the results on an app. The entire process is faster than other testing options.

A group of five girls who worked on the app nicknamed themselves "The Restorers."

The processor runs on a battery that allows the device to be used for up to two years. The mobile app is free, but the other parts cost about $20.

Gitanjali began crafting her invention after hearing about lead in water in Flint, Michigan. It's also a response to the sometimes inefficient or unreliable current testing methods for lead in water.

Gitanjali's idea scored her first place in the Discovery Education 3M Young Scientist Challenge. The win came with a $25,000 prize, which Gitanjali said she hopes to use to improve and sell her product — and save some for her college fund.