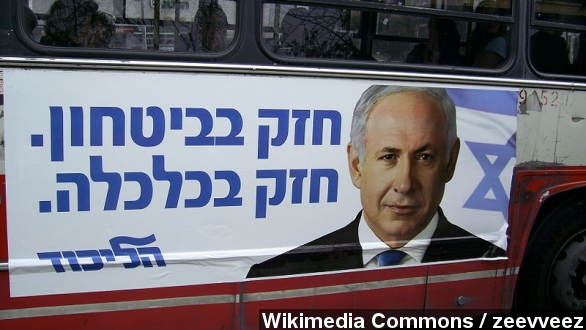 While President Obama praised the Iranian nuclear deal, Israeli officials fear the interim agreement could become a permanent one.

OBAMA: "Today we have a real opportunity to create a comprehensive, peaceful settlement." (Via The White House)

Here's proof there's definitely more than one way of looking at something:

OBAMA: "Diplomacy has opened a new path towards a world that is more secure." (Via ITV)

And because Iran gets what it wants — which is an easing of sanctions that have so far crippled its economy — Netanyahu says Iran essentially got exactly what it wanted without really having to give anything up.

When asked for reaction Israeli Foreign Minister Advigdor Liberman told Israeli media quote "all options are on the table." (Via Press TV)

So at least within the Israel government there's general consensus the Iranian deal with the P5+1 is a bad one.

But contrast that to an opinion piece from YNetNews — which calls the deal a "reasonable agreement" IF this is truly the interim deal Western officials have called it.

In fact a White House fact sheet on the deal calls it a first step, and notes it's only in effect for six months as officials work toward a more permanent deal that would completely disarm Iran.

Which brings us back to that YNetNews piece, which explains — the real fear in Israel is that the deal becomes a permanent one, and allows Iran to very slowly continue development of a nuclear explosive device.

Iran has reportedly agreed to so-called "intrusive monitoring" of its nuclear program as part of the deal. And despite its opposition to the deal — there's little at this point Israeli officials can do:

Polls show a little less than half of Israelis support a strike against Iranian nuclear facilities — and without U.S. support — that number drops to less than 40 percent support. (Via The Times of Israel)