13 Dead In Alabama From Claudette 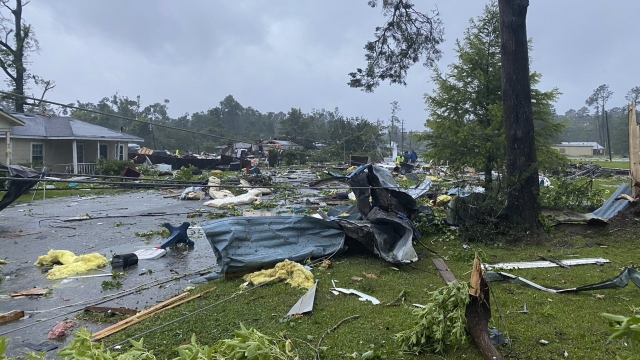 Eight children in a van from a youth home were among the dead after a multi-car pileup on a wet highway.

The storm claimed more than a dozen lives.

The NTSB says it's investigating a deadly crash in Alabama over the weekend. Eight children in a van from a youth home were among the dead after a multi-car pileup on a wet Interstate 65 just south of Montgomery on Saturday. A man and his baby were also killed in another car.

Near Tuscaloosa, a man and a three-year-old boy were killed Saturday when a tree fell on their house. And a woman was reported dead after her car went off the road into a creek.

One woman in Atlanta had luck on her side. She survived a huge oak tree and power lines smashing her car Sunday morning. Rescue crews said the tree barely missed her head. Firefighters were able to pull her out of the car and she suffered only minor injuries.