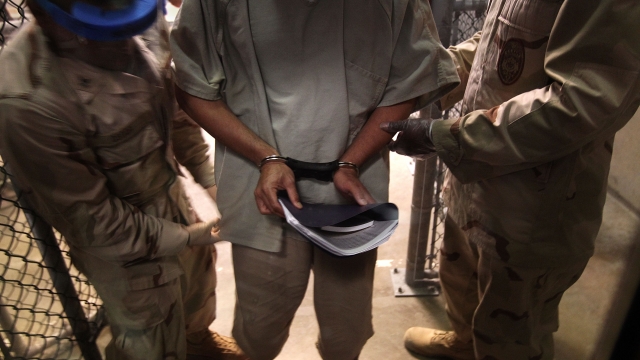 This is the largest transfer of prisoners since President Obama took office.

President Barack Obama has about five months left in office, but his administration is still trying to fulfill one of its campaign promises: closing Guantanamo Bay.

The U.S. Department of Defense announced 15 detainees were transferred from the prison to the United Arab Emirates — the largest single transfer of detainees since Obama took office.

SEE MORE: The Wrench In Obama’s Plans To Close Guantanamo

According to The Wall Street Journal, the men will still be detained in the UAE. They'll be part of a program aiming to "de-radicalize" them, and they'll stay in the program until officials think they can be released with minimal risk.

At President Obama's directive, the Guantanamo Review Task Force has been reviewing prisoners' cases since 2009 to determine who could be transferred.