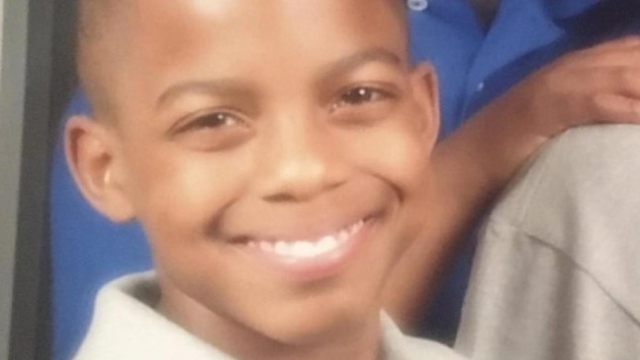 Balch Springs officer Roy Oliver was let go on Tuesday after six years with the department.

The Texas police officer who fatally shot a teen leaving a party over the weekend has been fired.

"My department will continue to be responsive, transparent and accountable," Haber said.

Edwards was shot and killed Saturday night while leaving a party in a Dallas suburb. Haber initially said the car Edwards was in drove backward toward police in "an aggressive manner," but Haber quickly walked that statement back.

It's a highly debated point from sea to shining sea — how much access should the public have to police body camera footage?

"I unintentionally (was) incorrect when I said the vehicle was backing down the road. In fact, the vehicle was moving forward when officers approached. ... We have a certain set of core values, and it did not meet our values," Haber said.

Edwards was shot in the head with a rifle. The Dallas County Medical Examiner's Office ruled his death a homicide.

The Balch City Police Department expressly forbids shooting at a moving vehicle unless the vehicle is an immediate threat.

"I don't know how a car backs away menacingly. ... There was no one behind the car. The shots that were fired into the vehicle did not come from behind, but from the side," said Lee Merritt, an attorney representing the Edwards family.

Edwards wasn't armed when he was shot and killed. So far, he's one of 23 unarmed people police killed this year.