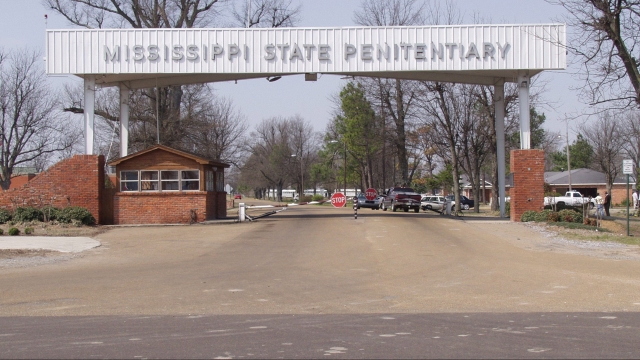 Inmates at Parchman complained about a lack of water, moldy food and "hundreds of other environmental deficiencies."

One-hundred and fifty-two inmates at the Mississippi State Penitentiary at Parchman filed a complaint on Wednesday alleging they've been subjected to inhumane conditions such as a lack of water, moldy food and "hundreds of other environmental deficiencies."

The complaint, filed in the U.S. District Court in the Northern District of Mississippi, says, in part: "The conditions of confinement at Parchman are so barbaric, the deprivation of health and mental health care so extreme, and the defects in security so severe, that the people confined at Parchman live a miserable and hopeless existence confronted daily by imminent risk of substantial harm in violation of their rights under the U.S. Constitution."

Inmates say they are kept in conditions not even suitable for animals. The filing points to a state Health Department report that details issues such as moldy food containers and undercooked food "adulterated" with foreign matter. It also found that cells lack water, power, lights, and mattresses. Other parts of the facility had flooding issues, exposed wiring and mold or mildew.

Beyond that, the filing says the ratio of prisoners to guards is 160-to-1 and that that results in "rampant" violence among prisoners. It argues that leads to physical and physiological trauma. What's more, it says the prison does not provide adequate health care for people with wounds or chronic conditions and that mental health care is "nonexistent."

Ninety-two inmates named in the complaint are housed in Unit 29, which is Parchman's "most notorious unit." In January, Gov. Tate Reeves ordered the unit be closed after nine inmates died there within a month.

Nearly 20 inmates have died in four state prisons since late December, which led the U.S. Justice Department to open a civil rights investigation into the Mississippi Department of Corrections earlier this month.

Rappers Jay Z and Yo Gotti have hired the attorneys to sue on the inmates' behalf. As Newsy has previously reported, Jay Z sent a letter to then-Gov. Phil Bryant and then-Corrections Department Commissioner Pelicia Hall saying the conditions at Mississippi prisons were "inhumane and unconstitutional." Hall resigned in December.