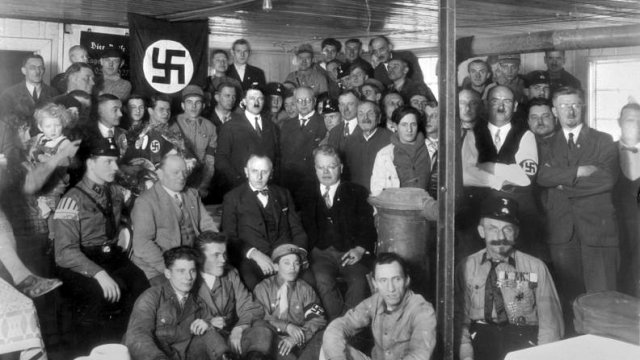 Near the end of World War II, the U.S. released a film that had an ominous warning, and the vintage video recently resurfaced.

A video from the 1940s went viral after the recent events in Charlottesville, Virginia.

"Mike's got something, alright. He's got America," the narrator says. "But there are guys who stay up nights, figuring out try to take that away from him."

The U.S. War Department released the film near the end of World War II. It was meant to spread an anti-fascist message, and it's titled "Don't Be a Sucker."

The video features several characters, including a man giving a politically charged speech.

"We'll never be able to call this country our own until it's a country without: ... without Negroes, without alien foreigners, without Catholics,"an actor in the film said.

And an immigrant professor with a stern warning.

"I have seen what this kind of talk can do," the professor said. "I saw it in Berlin. ... I heard the same words we have heard today."

The film is a not-so-subtle reminder that history can repeat itself.