2 Chocolate Bars A Day Might Keep The Doctor Away 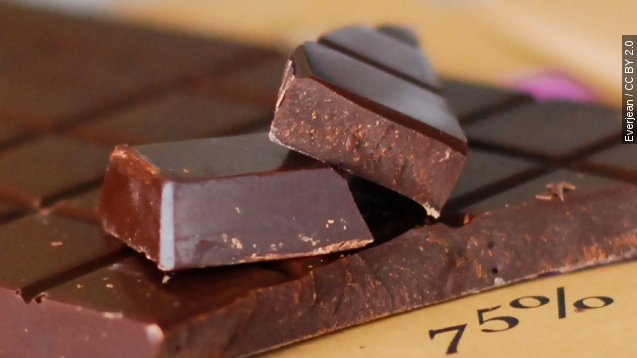 Eating up to two chocolate bars a day could lower your risk for coronary heart disease and stroke, according to a recent study.

Chocolate is delicious — and science now tells us it's also nutritious.

According to a study published in the journal Heart, people who ate chocolate, even up to 100 grams a day, had a lower risk of future cardiovascular, or heart, events.

Researchers from the University of Aberdeen and other schools looked at 20,951 men and women and found in a follow-up about 11 years later that 9.7 percent of people with higher chocolate consumption had coronary heart disease, compared to 13.8 percent with low chocolate consumption.

Could make a great campaign for Hershey's.

Although researchers mentioned the data could be skewed because people with a high risk of heart disease may avoid chocolate in the first place, meaning those who do indulge in it may be healthier from the start.

But good news for those with a high risk of heart disease? The study concludes there's no evidence that people concerned about cardiovascular issues should avoid chocolate. #ChocolateForAll.

And to add to everyone's chocolate fantasies, it seems both milk and dark chocolate are good for you.