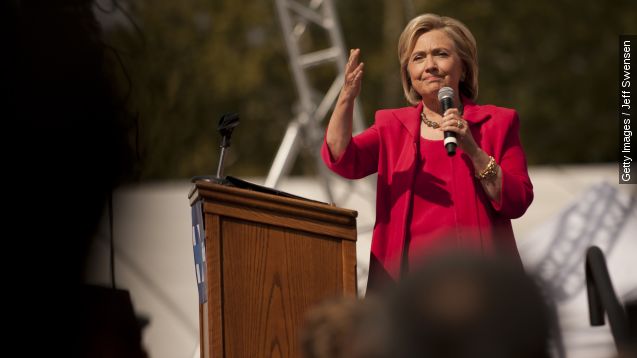 Two emails grabbed from the former secretary of state's private email server have been confirmed to have contained classified information. They were flagged last month by an inspector general.

That's according to The New York Times, which says the information was "top secret" — or the highest level of classification. One email apparently pertained to North Korea's nuclear weapons program.

Although Clinton's campaign statements about the emails have gradually evolved, she's continually denied sending or receiving any classified material.

More than 30,000 emails from Clinton's server are being released in batches, with the next due to be released Sept. 30.