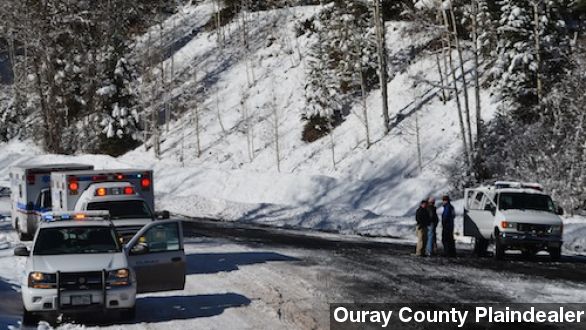 An accident at a Colorado silver mine left two people dead and 20 injured. Authorities are investigating the cause of the incident.

An accident at a Colorado silver mine Sunday left two people dead and twenty injured.

"Just after 7 a.m. the Ouray county sheriff received a 911 call about the incident at the Revenue-Virginius mine." (Via KREX)

The Ouray County Plaindealer first reported the accident. The mine's manager Rory Williams told the paper "the injuries were a result of miners breathing in gases and chemicals in the air following a blast."

"The rescue operation was to retrieve them, and they were successfully retrieved and removed from the mine, but they were confirmed as fatalities."

The remaining 20 miners were treated at various hospitals, and The Denver Post reports all but two have been released.

Star Mine Operations, the company which owns the mine, says it has accounted for all personnel involved but did not speculate on what might have caused the accident.