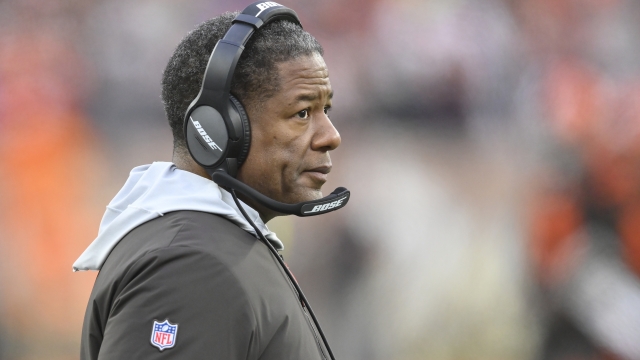 Steve Wilks and Ray Horton have joined Brian Flores' lawsuit against the NFL, claiming they were discriminated against during hiring processes.

Two Black coaches joined Brian Flores on Thursday in his lawsuit alleging racist hiring practices by the NFL when there are vacancies for coaches and general managers. The updated lawsuit in Manhattan federal court added coaches Steve Wilks and Ray Horton.

The lawsuit said Wilks was discriminated against by the Arizona Cardinals in 2018 when he was hired as a “bridge coach” but was given no meaningful chance to succeed, while Horton was subjected to discriminatory treatment when he was given a sham interview for the Tennessee Titans head coach position in January 2016.

Flores also criticized the NFL in the rewritten lawsuit for its response to the lawsuit he brought against it and its teams several weeks ago.

Part of the league's diversity initiative now requires all 32 teams to hire a female or minority applicant for offensive assistant coaching positions.

The lawsuit added the Houston Texans to the teams Flores has alleged discriminated against him, saying the Texans engaged in “blatant retaliation” by removing him from consideration for its head coach vacancy after he sued the league.

In a release from the lawsuit's attorneys, Wilks said he hoped the lawsuit would help bring racial equality to the league. Arizona replaced Wilks with Kliff Kingsbury, a White man with no NFL coaching experience, and gave a White general manager an extension despite a drunk driving conviction.

“The decisions we made after the 2018 season were very difficult ones,” the Arizona Cardinals said in a statement. “But as we said at the time, they were entirely driven by what was in the best interests of our organization and necessary for team improvement. We are confident that the facts reflect that and demonstrate that these allegations are untrue.”

Houston, in a statement, said its search for a head coach was “very thorough and inclusive.”

“Due to his previous success as a coach in the NFL, Brian Flores was among the first candidates we held a formal interview with for the position and he remained a candidate until the very end,” it said. “We enjoyed our multiple conversations with Brian regarding his vision for our organization.”

It added: “In the end, we made the decision to hire Lovie Smith as our head coach and we believe he is the best fit for our team moving forward. It was a very fluid process that allowed us to spend time with a number of quality candidates. We are proud of our decision and will vigorously defend our process.”

Smith, who is Black, was announced as the Texans head coach in February. He served as the team's defensive coordinator in 2021.

The Titans in a statement defended their 2016 coach selection process as “thoughtful and competitive,” saying it obeyed NFL guidelines and its organizational values.

The Titans concluded their interview with Horton by midday Jan. 16, 2016, and announced Mike Mularkey was hired hours later. Mularkey said on a podcast in 2020 that he still regretted taking part in the interview process after having been told he would be the Titans' head coach before they satisfied the Rooney Rule.

Flores sued the NFL and three teams on Feb. 1 after he was fired as the Miami Dolphins coach in January after leading the Dolphins to a 24-25 record over three years. They went 9-8 in their second straight winning season, but failed to make the playoffs during his tenure.

He has since been hired as an assistant coach by the Pittsburgh Steelers.

The lawsuit, as it did previously, seeks class-action status and unspecified damages from the league and individual teams. It alleges that the league has discriminated against Flores and other Black coaches for racial reasons, denying them positions as head coaches and other top coaching posts as well as a chance to be a general manager.