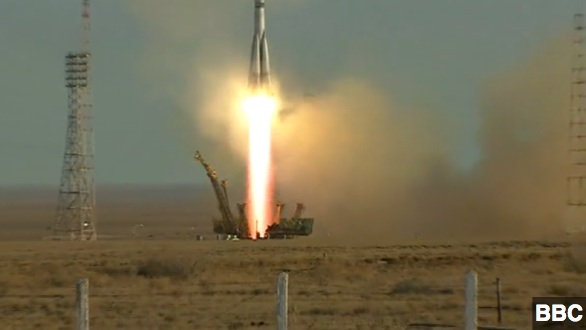 The Olympic torch will be carried around the space station during a televised event set to take place Saturday, before being taken outside for the historic space walk. It will not be lit. (via BBC)

According to NBC the space walk will be six hours long and will consist of the cosmonauts, "handing [the torch] back and forth with appropriately spacey background scenes."

While the Olympic torch has journeyed to the final frontier before, this will be the first time it has ventured outside of the spacecraft. The torch was taken aboard a space shuttle in 1996 and in 2000 for the games in Atlanta and Sydney.

Russia will also have the longest torch relay in Olympic history lasting 4 months, stretching 39,000 miles and stopping in 130 different cities. (via Jewish News One)

The Olympics in Russia will be the most expensive in history, costing a whopping $50 billion. According to the BBC, this is about changing Russia's image to the world. (via YouTube / Sochi2014)

"The event is part of a rebranding exercise by Russia, designed to portray it as a strong, modern country."

The 2014 Olympic games will begin February 7th after the Olympic flame is lit at Sochi Stadium.