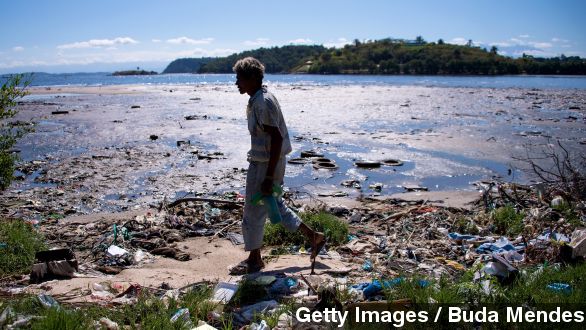 Researchers found the bacteria Klebsiella pneumoniae Carbapenemase in the water where the 2016 Olympics is supposed to take place.

The 2016 Olympics in Rio de Janeiro are still about two years away, but problems with pollution are already surfacing.

Researchers announced Monday they found a drug-resistant bacteria known as Klebsiella pneumoniae Carbapenemase, or KPC, in the waters of Flamengo Beach, an area surrounded by Guanabara Bay where Olympic water sports are supposed to take place.

Which wouldn't come as a complete shock. The area is known for subpar sewage disposal systems.

The BBC reports, "Nearly 70% of sewage in Rio — a city of some 10 million people — is spilled raw into the waters of Guanabara Bay."

Despite the government getting $1 billion in loans over the last 20 years to clean up the bay, it still remains a mess.

Officials say locals have been notified of the dangerous bacteria and are being told to stay away from the area for now.