2017 Will Be One Of The Costliest U.S. Natural Disaster Years Ever 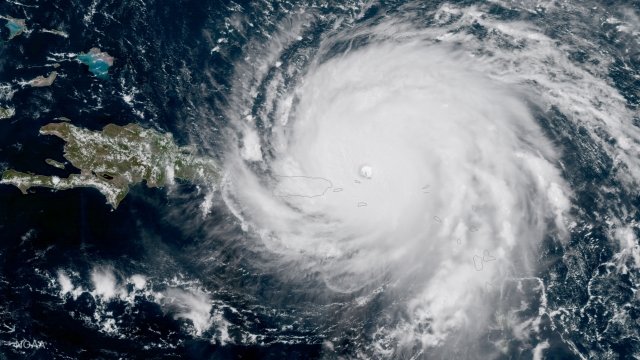 2017 has seen some of the most frequent and most expensive climate disasters ever — and the year isn't over.

Hurricanes, wildfires, droughts, cold snaps: The year isn't over yet, but the natural disasters across the U.S. are on track to set records.

Experts with the National Oceanic and Atmospheric Administration say there's "a good chance" 2017 will have more expensive severe weather events than 2011 did. They also expect this year's extreme weather to be far more expensive than 2005, when Hurricane Katrina flooded New Orleans.

Wildfires are still raging in the western U.S., and NOAA has yet to tally impacts from the latest Atlantic storms. But early estimates show Harvey alone is expected to come in at $190 billion — equivalent to about 1 percent of the U.S. GDP.

That will fit 2017 right at the top of the upward trend in the frequency and cost of natural disasters. Scientists agree: One reason we're seeing more and stronger weather events is because of the warming climate.

But accurately estimating the full cost of disasters requires more numbers. Researchers also must account for growing urban populations; increased coastal development; and the insurance on crops and property, which can end up underwater.

In the wake of Hurricane Harvey, the National Flood Insurance Program has paid out almost every dollar it can. If Congress doesn't vote to cancel some of its debt, the program will run out of money before the end of October.