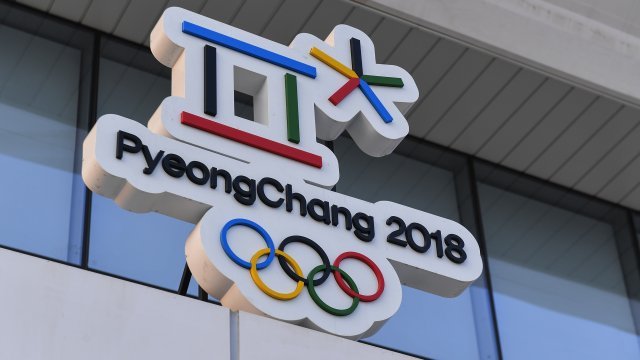 Pyeongchang, South Korea, used characters from its own city name to develop the special logo for the 2018 Winter Olympics.

The Olympics has one of the most recognizable logos out there, but most host cities still come up with their own weird avant-garde emblem.

Pyeongchang, South Korea, is no exception. It came up with this symbol for the 2018 Winter Games. The logo may look like a box with a disclaimer attached, but it's actually derived from characters in the Korean alphabet.

But the logo isn't just stylized letters. Pyeongchang's Olympic committee says the box on the left represents harmony between heaven, earth and man, while the star shape on the right resembles the snow and ice of the Winter Games — as well as the athletes.

The Pyeongchang logo is decked out in the five colors of the more-recognizable Olympic rings, which will also make several appearances throughout the games.