2018 Was Earth's Fourth-Hottest Year On Record 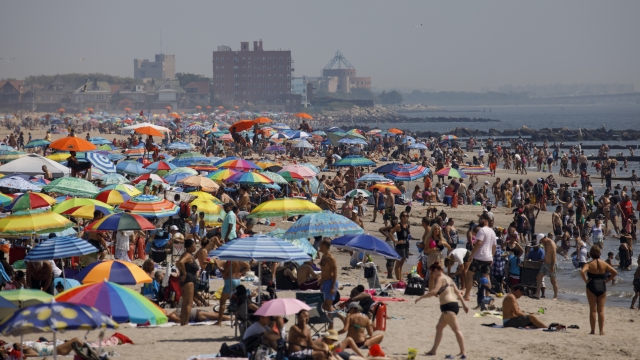 Although 2018 didn't reach the same heights as years prior, it still earned itself the No. 4 spot on the list of Earth's hottest years since records began, a new analysis said.

According to the analysis, 29 countries had their hottest years on record, including France and the United Arab Emirates. The group found Antarctica also had its warmest year on record.

The team at Berkeley Earth isn't alone in its findings. The Copernicus Climate Change Service, the Japanese Meteorological Agency and the U.N.'s World Meteorological Organization all crowned 2018 as the fourth-warmest year on record. The scientists attribute "many of the changes in land-surface temperature [to] a combination of volcanoes and a proxy for human greenhouse gas emissions."

The three hottest years on record were all within the same decade. 2016 takes the top spot as the hottest year on Earth, thanks to a very strong El Nino event. It's followed by 2017 and 2015. And Berkeley Earth predicts 2019 might turn out to be warm enough take the No. 2 spot.