Trump Out-Raises All Democratic Candidates In 4th Quarter Of 2019 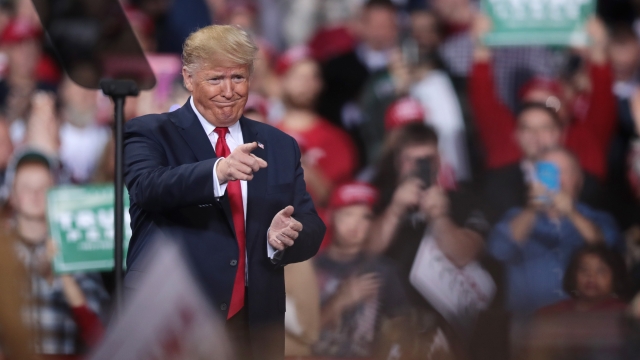 Candidates are required to file quarterly fundraising reports with the Federal Election Commission.

The 2020 election year is officially here, and President Donald Trump's fundraising efforts are far surpassing all his potential Democratic rivals.

The president's campaign announced it raised $46 million in the last three months of 2019. In all, his campaign has nearly $103 million in cash on hand.

The only candidate to come close to President Trump's fourth-quarter total is Bernie Sanders. The senator's campaign announced Thursday it raised more than $34.5 million during that time. Sanders prides himself on being funded by everyday people and said the average donation was $18.53.

Pete Buttigieg was first to release his fundraising numbers, and his campaign brought in more than $24.7 million in Q4. Joe Biden's totals came in just shy of Buttigieg at $22.7 million. Sen. Elizabeth Warren came in just behind the former vice president, bringing in $21.2 million in donations. Andrew Yang raised more than $16.5 million, and Sen. Amy Klobuchar raised $11.4 million.

Candidates are required to file quarterly fundraising reports with the Federal Election Commission. The last three months of 2019 were the strongest fundraising quarter of the year for a few of the Democratic candidates, including Biden, Klobuchar, Sanders and Yang.