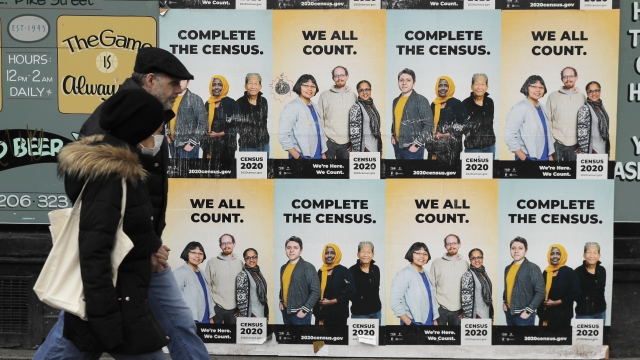 The data shows multiracial growth and a shrinking White population for the first time in the nation's history.

The new census data shows the U.S. is more diverse and multiracial than ever. However, the data collection done in 2020 has been the most challenging of any census year – counting the population in the middle of a pandemic and in the middle of an embattled political year in the U.S.

The data shows multiracial growth and a shrinking White population for the first time in the nation's history.

Dr. Maria Ilcheva at Florida International University said, "We see that level that indicates the direction in which the country is going."

The Hispanic-Latino population – the largest minority in the country – grew to more than 62 million people in 2020, which is a growth of 23 percent.

Still, there's reason to believe that some in these communities went undercounted.

"The numbers are not reported in their totality," said Nora Sandigo, founder of the Nora Sandigo Children Foundation.

"They are as accurate as they can be considering the circumstances," Ilcheva said.

Ilcheva says that although the data collection in 2020 was hit by the COVID-19 pandemic and a chaotic election year, the census did a good job on collecting data.

"Over a third of the households had to be counted throughout other ways," Ilcheva said. "Through census enumerators, through door to door canvassers, in the middle of a pandemic – that was a hard challenge to meet."

Sandigo said, "They are not really accurate, because the community we are underreported, especially the immigrant community."

She has been fighting for the rights of the undocumented community in the country for over 30 years. She says most undocumented families did not fill out their census forms.

Dania Palma, who lives in Miami, didn't fill hers out. The Honduran native says she was afraid to because she doesn't have a green card – she was scared.

Ilcheva ran a model for Newsy. She found that if the growth in the Hispanic community remains like the last decade, we can expect it will be the majority of the U.S. population by the mid 2090's.

For South Florida for example, it's not just about the Cuban community anymore.

In fact, Ilcheva said Brazilians are an example of communities that were less likely to fill out their census forms because of language barriers.

One Brazilian who is living in Las Vegas, Dandara Oliveira, said she did not fill hers out either. She said she didn't have information about it, she had spent little time in the U.S. and she didn't know English yet.

The new U.S. Census numbers will also play a role in the redistricting process. But according to Ilcheva, the Hispanic community increase won't make a huge difference on future elections.

"Even though they are the largest minority block, I still think they don't have the voting power that the Black African community has," she said.

Based on the 2020 numbers, Texas will gain two seats while states like Florida, Montana and North Carolina will gain one seat each.

California, Illinois, Michigan and New York will lose one seat each.

According to the 2020 census, in Florida nine percent of the population identified themselves as multiracial. That's a 55 percent increase over 2010.