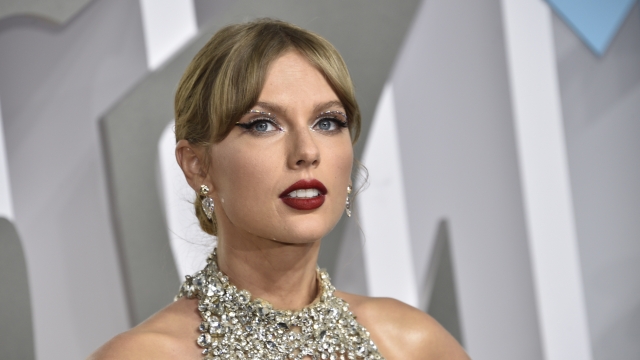 2022 was a big year for sequels on the big screen, dragons on the small screen and the comeback of concert tours.

Grossing more than $718 million domestically, "Top Gun: Maverick" was this year's box office winner. And in 2023, the action film already has its eyes set on the Oscars for best original song, sound design and visual effects.

On the small screen, streaming platforms like Netflix, HBO Max and Amazon fought for viewers with new series based on familiar names.

But "House of the Dragon" wasn't the only fantasy prequel to hit the streaming wars, as Amazon's "Lord of the Rings" prequel "The Rings of Power" garnered 25 million viewers in its debut. With more than $1 billion invested from Amazon, "The Rings of Power" is the most expensive TV series ever.

2022 Year In Review: 22 Positive Stories That Made Us Smile

Every day, there are people in the world making incredible things happen, and their stories are sure to bring you a smile.

High-budget franchises continue to dominate TV screens, with Netflix bringing back its fan favorites "Stranger Things," "The Crown" and "Bridgerton." But its biggest release in 2022 was "Wednesday," based on the long-running Addams Family characters.

This year in music, Billboard's top artists included Harry Styles, Taylor Swift and Bad Bunny — who also became the highest-grossing Latin touring musician in Billboard Boxscore history. The rapper made more than $375 million in gross receipts, with Styles' tour taking in $214 million in 2022.

Taylor Swift's highly anticipated "Eras" tour starts in 2023, but she's already on track to sell $590 million in tickets — which would make "Eras" the highest-grossing tour ever by a female act.

As the year comes to a close, pop culture fans are already gearing up for some of 2023's biggest releases: from the nostalgia kicks of "The Super Mario Bros. Movie," "Barbie" and "Spider-Man: Across the Spider-Verse" to the streaming return of dramas like "Succession" and comedies like "Ted Lasso."

Amid the new releases are also anniversaries for two of the biggest powerhouses in Hollywood: both Warner Bros. and Walt Disney Studios turn 100 in 2023.