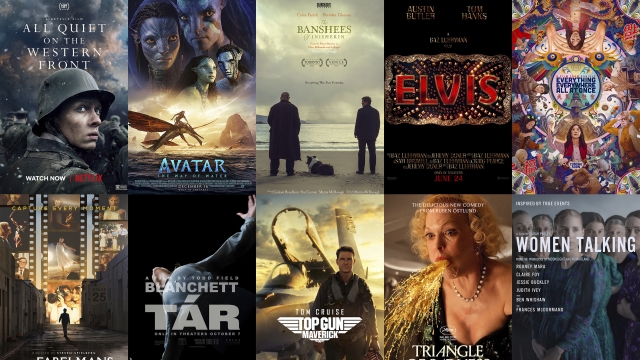 This year's batch of Oscar nominations celebrates some major milestones for industry legends, a slew of first-time acting nominees, and one of the biggest indie studios in Hollywood: A24.

"I think it's a great combination of, you know, you got big budget blockbusters, you got small, independent movies, you have films that represent diverse casts and creative talents," said Charlie Bright, contributing editor at Gold Derby. "I just, I really dig this lineup."

A24's "Everything Everywhere All At Once" nabbed the most Oscar nominations this year including honors in the categories for best lead actress, best directing and best picture.

"I didn't think that any nominee was going to get double digits, but 'Everything Everywhere All At Once' cruising to the top with 11 nominations, that's great," Bright said.

It's one of six nominated titles from the indie studio, which garnered 18 Academy Award nominations in total — the most out of any other company this year. A24 first launched in 2012, and some of its best known titles include the Oscar award-winning "Moonlight" and the Emmy award-winning TV series "Euphoria."

The drama debuted at the Toronto International Film Festival and begins streaming on Apple TV+ this weekend.

"Oh god, Brian Tyree Henry getting in for 'Causeway' was such a welcome surprise," Bright said. "I have a feeling, maybe in the next 10 or 20 years, he will be Oscar-winner Brian Tyree Henry, and it will be incredibly well deserved."

There are 16 first-time nominees in total for the acting categories, making it one of the largest classes of newly nominated actors in Oscar history. Cate Blanchett is the only contender this year who is a previous winner.

Beyond the new nominees are some milestones and records for Hollywood legends Steven Spielberg and John Williams.

One of the best movies of the year is a deeply personal project from one of our all-time best filmmakers.

Composer John Williams crafted the Oscar-nominated score for "The Fabelmans," giving him a total of 53 Academy Award nominations — the most for any living person and second only to Walt Disney's total of 59.

At the age of 90, Williams is also the oldest-known nominee in a competitive award category.

Among the celebrations were some snubs — particularly for Gina Prince-Bythewood's "The Woman King" starring Viola Davis and Danielle Deadwyler, as well as Park Chan-wook's "Decision to Leave." Both films were critical darlings last year but were shut out completely from the Oscar race.

Now that nominations are set in place, movie fans can look forward to the ceremony for the 95th Academy Awards, held March 12.