25,000 Migrants Stuck In Mexico To Get Asylum Chance In U.S. 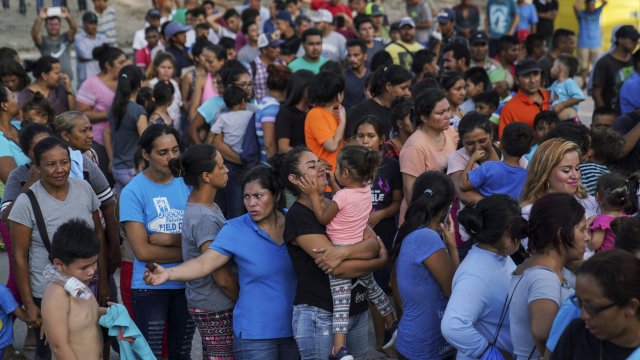 Only migrants returned to Mexico under Trump's "Remain In Mexico" policy and with active asylum cases will be allowed into the U.S.

About 25,000 migrants, forced to wait in Mexico under a Trump-era program, will soon get a chance to enter the U.S. — and stay here while their asylum cases play out.

This Friday, border officers are slated to start processing a few hundred migrants a day, beginning with those who have been waiting the longest or those deemed most vulnerable.

The move marks a major step toward dismantling one of Donald Trump's most consequential policies to deter asylum-seekers from coming to the U.S.

Since Trump introduced the so-called Remain in Mexico program two years ago, 70,000 asylum seekers, mostly from Central America and Cuba, have been forced to wait for months, sometimes years, in squalid and sometimes dangerous situations.

Under the new plan, only those with active cases in the program will be allowed into the U.S.— and only after they have tested negative for COVID-19.

Once in the U.S., they will be enrolled in the "alternatives to detention" program to ensure they appear at their court hearings. The program ranges from voluntary check-ins with local ICE offices to electronic ankle bracelets.

The Biden administration called the plan another step towards restoring humanity to the U.S. immigration system. But also warned that it "should not be interpreted as an opening for people to migrate irregularly to the United States."