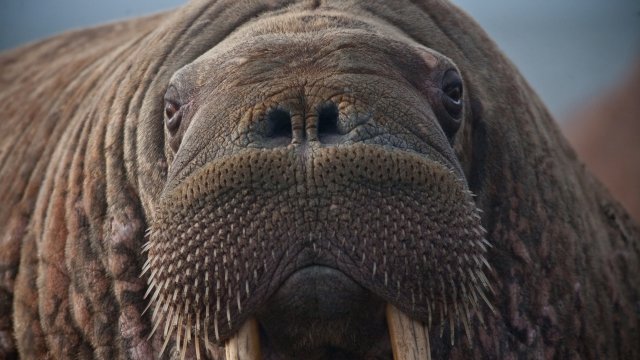 Some environmentalists were especially worried about the Pacific walrus, but officials say new evidence suggests the species isn't critically at risk.

Some environmental activists, like the Center for Biological Diversity, criticized the move. The organization's endangered species director said, "You couldn't ask for a clearer sign that the Trump administration puts corporate profits ahead of protecting endangered species."

The group says it's especially concerned about the Pacific walrus and called the lack of protection a "death sentence."

With less ice during summers in the Arctic region, female walruses and their calves come ashore, where the calves are in danger of being trampled by their own kind or attacked by predators.

Concern about the Pacific walrus isn't new. In 2011, the Obama administration said it deserved to be listed as endangered or as threatened.

But at the time, other species were deemed a higher priority, and the Obama administration put the Pacific walrus on the candidate list instead.

After further review, the Trump administration said stressors like climate change might affect individual walruses but not enough to threaten the overall population level.

The U.S. Fish and Wildlife Service said Pacific walruses have "shown an ability to adapt to sea ice loss that was not foreseen when the Service last assessed the species in 2011."

Because of those behavioral changes, the service couldn't predict how the walruses will respond to climate change beyond 2060. But it noted the species likely won't become endangered in the next 40 years.

The Center for Biological Diversity says all 25 species affected by this decision are now a step closer to extinction. The group says it plans to challenge what it calls "bogus findings."