The Oscars' Ratings Were Dismal This Year, But There's No One Culprit 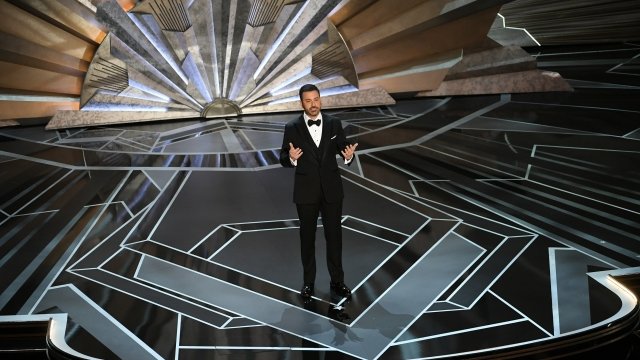 The Oscars had a really small audience this year compared to years past. What happened?

The 90th Academy Awards were a bust in the ratings, drawing the show's smallest TV audience on record at 26.5 million. So what gives?

TV ratings are falling in general, and even this year's Super Bowl and Olympics opening ceremony felt that sting. The size of the Oscars' audience has fallen every year since 2014. But this slide was big, with ratings dropping 19 percent since last year.

Producers said the ceremony would focus heavily on movies, but there were plenty of references to equality and representation.

Some are pointing to the Oscars' predictability: Most winners had scored big at other award shows this year. Others blame the slide on the show's four-hour runtime, and still others say it's because of the show's political messages. But those aren't new characteristics of the Oscars.

There's not one clear answer. And it's worth noting that Oscars ratings have been down before and bounced back.