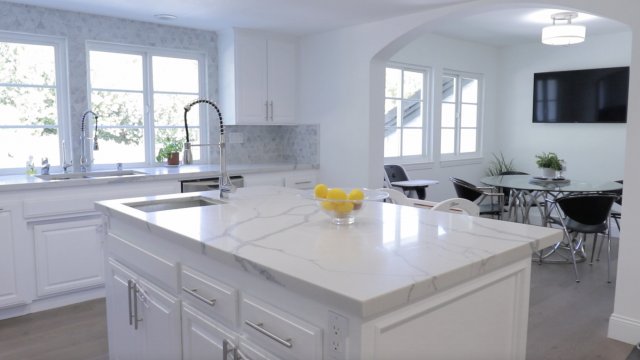 A 5 bedroom, 5 bathroom house listed now in Los Angeles will accept cryptocurrency from a prospective buyer, but the realtor will charge a premium.

It’s a pretty huge house. And a pretty penny for this place in sunny Southern California — $3.2 million.

And we’re not just talking about regular dollars. But a volatile replacement — the kind that you can’t even touch.

It’s also for sale for bitcoin, made famous by hackers and the dark web.

"Bitcoin is an attempt to make a decentralized currency that’s electronic," said David Gerard, author of "Attack of the 50-Foot Blockchain."

"For the purpose of buying things, think of it as a commodity that you can buy or sell for a given price in dollars. And if you’re making a large purchase, you can use it a substitute currency if the buyer will accept it. It’s not very good at being money, but people can and do use it a bit like money," Gerard said.

Consumers may be able to buy a Tesla with Bitcoin, pending approval.

The Realtor selling the home says the wild swings are being accounted for by requiring that offers made in Bitcoin are at one and a half times the cash price.