Americans Are Risking Their Lives To Voluntarily Fight ISIS In Syria 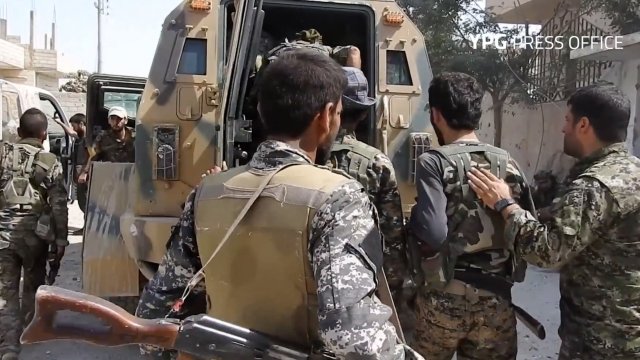 David Taylor, Nicholas Alan Warden and Robert Grodt were killed in July while volunteering with the YPG in Syria.

At least three Americans died in July fighting ISIS in Syria. But they weren't fighting with American military units.

Instead, David Taylor, Nicholas Alan Warden and Robert Grodt were volunteers with the YPG — a mostly Kurdish militia.

It's hard to say how many Americans are fighting alongside the YPG. But a 2016 report examining foreign fighters combating ISIS found most Americans doing so are military veterans. Taylor and Warden fit into that category.

NBC reports Taylor was a Marine veteran and that Warden served in the U.S. Army and French Foreign Legion before joining the YPG in Syria.

Liberating A City From ISIS Can Also Mean Liberation For Women

While the terror group imposed strict rules on all of recently liberated Mosul, women were especially oppressed.

Grodt was not a veteran. He was a welder and an activist who was involved in the Occupy Wall Street movement.

One of the YPG's goals is to establish a democratic socialist collective. A Rolling Stone article noted this was one of the reasons some leftist international fighters were drawn to the group.

The U.S. has supported the YPG in the fight against ISIS. But the group is linked to the PKK in Turkey — an organization some countries, including the U.S., consider a terrorist group.