3 Arizona Girls Say They Were Imprisoned For 2 Years 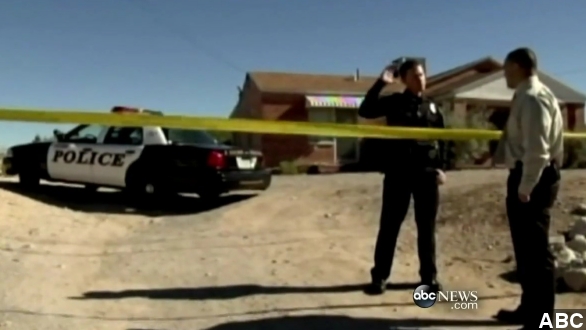 Tucson police have two people in custody after authorities found three young girls reportedly imprisoned in their home — by their own parents.

After finding three young girls imprisoned in their own home, Tucson police say they have two suspects in custody — the girls' own parents.

According to police, the 12-year-old, 13-year-old and 17-year-old girls are sisters — and their mother and stepfather are the ones accused of holding them captive inside their own home. (Via WCMH)

"It was alleged by the girls that they had been imprisoned within their bedrooms, for approximately the last two years." (Via ABC)

The investigation is still in its early stages. But the details are horrifying.

Tucson's police captain said at a press conference they discovered the situation after the two younger girls escaped and went to a neighbor's house for help. (Via WXIX)

"They had run to a neighbors house alleging that their stepfather had kicked in their bedroom door and was attempting to assault them with a knife." (Via WMDT)

Police say all three girls were malnourished and dirty, and they told officers they hadn't bathed in up to six months.

Neighbors are shocked something like this was happening right next door. (Via CNN)

"It's kind of scary, I mean, I have nieces and nephews, and it is shocking."

"What would you want to say to them?" "To the two that did this? How could you? And I hope you burn in hell." (Via KGUN)

To protect the girls' identities, officials have not released the names of the 34-year-old stepfather and the 32-year-old mother. They were arrested on suspicion of kidnapping and child abuse.