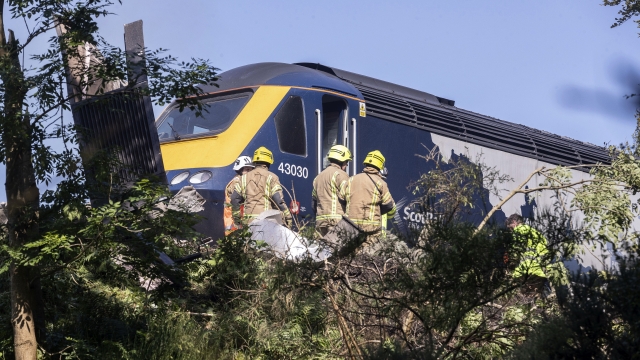 The derailment happened in Aberdeenshire after heavy rain and a landslide.

At least three people are dead and multiple others are seriously hurt after a passenger train derailed in Scotland.

The derailment happened in Aberdeenshire Wednesday morning after heavy rain and a landslide in the area. The train's driver is among the dead.