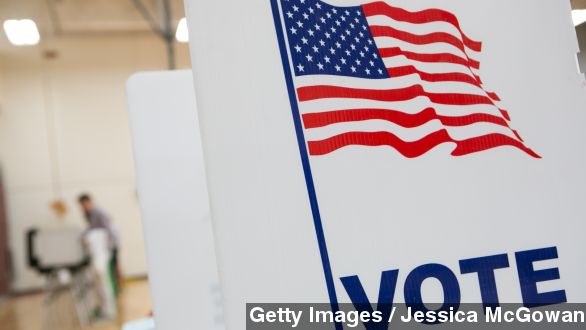 In Tuesday's midterms, voters in several states moved on key ballot initiatives. Here's some of the highlights.

After Tuesday's midterm election, much of the spotlight went to the new Republican-controlled Congress, as the GOP took control of both houses for the first time in Obama's presidency.

But outside of the candidates, there were several key ballot initiatives voters moved on as well. Here are the highlights.

First up, minimum wage hikes. Voters in Alaska, Arkansas, Nebraska and South Dakota passed measures to increase each state's minimum wage by $1.25 or more within the next three years.

That reportedly brings the total to 16 states plus Washington, D.C., that have approved state minimum wage hikes over the past two years.

The federal rate of $7.25 per hour, however, probably won't flinch any during Obama's remaining years in office. The issue has struggled to gain traction and a now Republican-controlled Congress isn't likely to move on it. (Video via WJLA)

Next up, the always contentious issue of abortion. Voters in Colorado and North Dakota shot down proposals granting personhood to fetuses at the moment of conception. As CBS noted, "opponents feared [it] could lead to bans on abortion."

Tennessee, on the other hand, passed a measure that didn't immediately impact abortions in the state. Still, it "will give state legislators more power to regulate abortion."

And, finally...
"Good riddance to you, anti-marijuana legislation."
"I could go HAM on some marijuana right about now."

Washington, D.C. and Oregon passed measures to legalize recreational marijuana use — the former approving it by a huge margin. Early Wednesday morning, several media outlets reported a close margin to legalize in Alaska would likely hold, too. (Video via CBS)

D.C., Oregon and Alaska join Colorado and Washington state as the five places in the U.S. that now permit pot users to puff and go as they please.

Florida also put forth a medical marijuana initiative but it fell short of the 60 percent vote needed for approval.