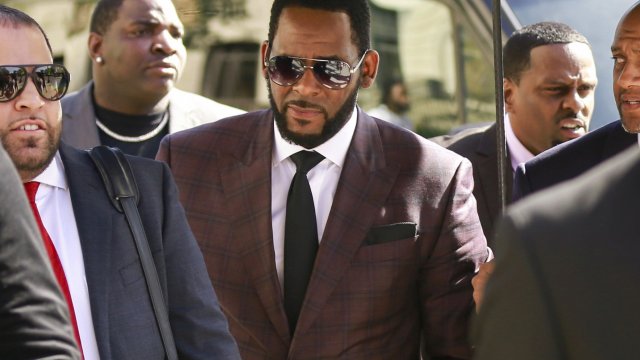 Authorities said one man offered to pay $500,000 to keep a woman from cooperating in the case against Kelly.

On Wednesday, federal prosecutors in New York announced charges against three men for threatening and intimidating women who have accused singer R. Kelly of abuse.

Authorities said one man offered to pay $500,000 dollars to keep a woman from cooperating in Kelly's case... while another threatened to release explicit photos of a woman who had sued Kelly. A third is charged with setting fire to an SUV owned by the father of one of the accusers.

The singer's attorney Steve Greenberg said on Twitter "We just learned of the charging of several so called 'associates' of R. Kelly. Without question, Robert Kelly had nothing to do with any of these alleged acts by those charged. He hasn’t attempted to intimidate anyone, or encouraged anyone else to do so. No involvement whatsoever."