Our Oceans Have A Lot Of Untapped Energy For The Taking 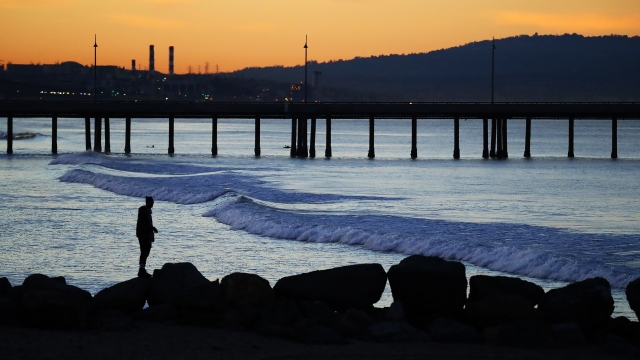 Earth's oceans are a nearly untapped energy source — but scientists want to change that.

Scientists estimate there's enough power in the oceans to meet energy demands for the entire planet — but we aren't doing much with it.

We've run some local power plants on the tides since the 1960s, but companies like Scotrenewables and General Electric are getting more serious about large-scale tide power. They want to float — or sink — turbines in the ocean that will spin electric generators as tides flow past them.

In labs at University of California, Berkeley and Oregon State University, researchers are testing different ways to capture the motion of wind-driven waves and turn it into power.

There are ambitious plans to get the garbage out of the oceans — with giant filters and with your own two hands.

Even the salt in ocean water can be tapped for energy. Engineers from Canada to Lebanon found if they put the right barrier between freshwater and saltwater, the two will interact via osmosis and cause pressure differences, which can then spin a turbine.

Researchers at Penn State University are figuring out how to make that process more efficient. They think there could be enough power in places where freshwater meets the ocean to satisfy 40 percent of the world's energy needs.