3 Women Leading The Charge For Equality In The Workplace 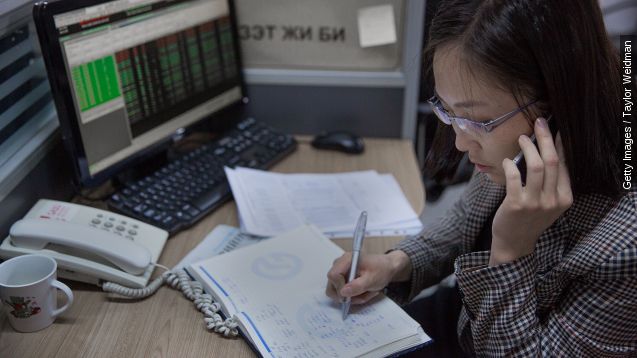 Susan B. Anthony and Elizabeth Cady Stanton would be proud of the women continuing to fight for equality 150 years later.

You may recognize names like Susan B. Anthony and Elizabeth Cady Stanton from history class. They fought for women to have the right to vote. But the fight for women's equality is far from finished.

Sheryl Sandberg is COO of Facebook and the author of "Lean In: Women, Work, and the Will to Lead."

"The point is that every woman, every girl deserves to be paid what they're worth," Sandberg said in an interview with The Huffington Post.

In coordination with her book, Sandberg launched Lean In, a nonprofit organization that aims to provide encouragement and inspiration for women. (Video via LeanIn.org)

She told CNN, "I don't think men should be part of 'Lean In' or part of equality because it's nice for women. They need to be part of it for themselves ... as managers and as peers in the workforce this is a competitive advantage for men."

Another leader in the discussion on women's equality is Gayle Tzemach Lemmon. She's a reporter dedicated to telling the stories of female entrepreneurs worldwide.

Lemmon wrote in The Atlantic, "The reality is that many young women (and, for that matter, older women) still see ambition as a dirty word. It's a word they whisper conspiratorially to the like-minded, not proudly shout out loud. And this is a problem for all of us."

Cindy Gallop is another strong voice in the fight for corporate equality. She founded and chaired the U.S. branch of Bartle Bogle Hegarty, a major international ad firm.

"You don't realize how much our industry doesn't celebrate, welcome, reward and want female creativity until you are somewhere that does," Gallop said at the 2014 3% Conference.

We think Susan B. Anthony and Elizabeth Cady Stanton would be pretty proud of these women for continuing the fight for women's equality.

This video includes images from Getty Images and Julie Jordan Scott / CC BY 2.0.