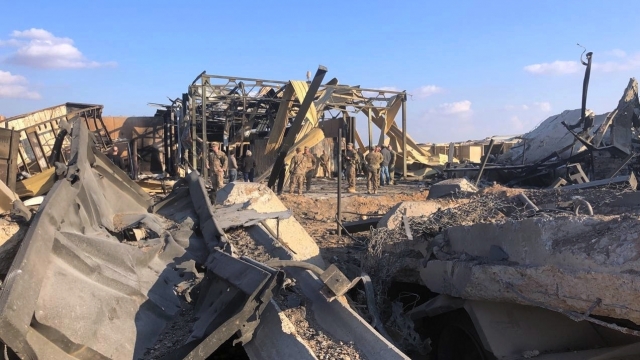 The Pentagon's announcement contradicts earlier reports that no troops were injured or killed in the Iranian missile attack at a U.S. base in Iraq.

Thirty-four U.S. service members were diagnosed with concussions or traumatic brain injuries after an Iranian missile attack at a U.S. base in Iraq earlier this month. A Pentagon spokesman made the announcement Friday, contradicting earlier reports.

The Pentagon and President Donald Trump originally said no U.S. service members were hurt or killed in the Iranian missile attack on Jan. 8. This week, President Trump seemed to downplay the severity of the injuries.

"I heard that they had headaches, and a couple of other things, but I would say, and I can report, it's not very serious," President Trump said.

Hoffman said the Pentagon will review how it tracks and reports injuries "to provide the American people and our service members with the best information about the tremendous sacrifices our war fighters make."

The attack was in retaliation after the U.S. killed a top Iranian general.