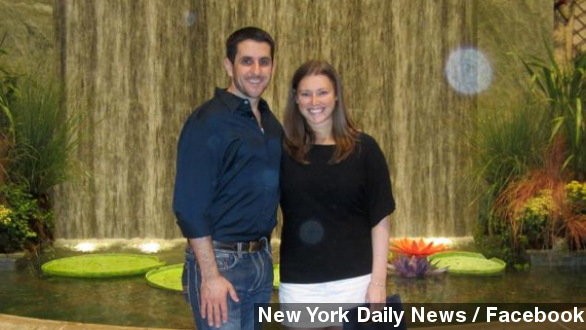 Four men have been arrested and charged with murdering 30-year-old attorney Dustin Freidland outside an upscale New Jersey mall.

Four men have been arrested in connection to a deadly carjacking outside an upscale New Jersey mall.

Thirty-year-old attorney Dustin Friedland was walking with his wife back to their Range Rover after holiday shopping when two armed men attacked him. (Via HLN)

Friedland's wife was reportedly already in the vehicle when the men jumped him. Authorities say he pushed one of the men off him before the man fired several shots from a handgun.

One of those bullets struck Friedland in the head. The men then reportedly order Friedland's wife out of the Range Rover before one of the men hopped in and sped away in the vehicle. The other assailant reportedly followed the Range Rover in a Subaru SUV. (Via ABC)

Friedland died from his injuries. The Range Rover was found abandoned with its rear window shattered the next morning in Newark, about 15 miles away from the mall.

Authorities announced the names of the four men Saturday morning. Hanif Thompson, Karif Ford, Basim Henry and Kevin Roberts are ages 29 to 33 and have all been arrested on charges of murder.  (Via News 12 New Jersey)

Fox News' Shepard Smith points out there have been a staggering number of carjackings in the affluent Essex county, where this crime occurred.

"The prosecutor's office reports about 450 carjackings have taken place so far this year. For some perspective that's about 200 fewer than the city of Detroit, where police say carjackings are quote 'almost a way of life.'"

Friedland's wife, who is also a lawyer, was not injured during the incident. All four men arrested are being held on a $2 million bail. They could face life in prison if convicted.