4 Children Are On Ventilators in Arkansas, All Are Vaccine-Eligible 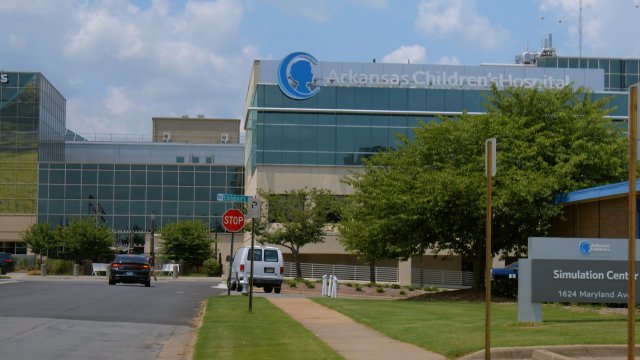 Children's Hospital in Little Rock says it admitted 24 children with COVID-19 Wednesday, including seven in the ICU and four on ventilators.

Younger, unvaccinated Americans may be more at risk now than ever. In Arkansas, Children’s Hospital reports 24 kids were hospitalized on Wednesday alone. Seven are in the ICU. About half were eligible for the vaccine, including all four on ventilators.

"We need to create a bubble around those kids that are under age 12, so that we can protect them. So if you know all the teachers and the kids, older than 12 can get vaccinated, the younger kids will be protected," said Heather Mercer, who is the Executive Director of Immunize Arkansas.

Still, vaccination rates are lagging; just 41 percent of people over the age of 12 are fully vaccinated in Arkansas. But with school starting in just weeks, that may be changing.

Colonel Robert Ator, who is running the state’s vaccination effort, says the bulk of increase in vaccinations he’s seeing are children who are set to return to school. In the meantime, many kids are getting sick, something we haven’t seen before.

"COVID-19 is now a pediatric disease," Ator said. "It is kind of scary when you see those numbers, and especially when you think about the fact that, you know, we have lots of hospitals in the state of Arkansas, but we have very few pediatric hospitals. So their ability to surge is a little more compromised than the medical field in general."

Families who feel like they’re doing their part—want to see their peers do the same. Thomas Lu is among the newly vaccinated, hoping it leads to some amount of normalcy. He hasn’t seen the inside of a classroom since March of 2020.

"It's been a lot of kind of drudgery and just sitting around feeling unproductive. It hasn't been great," Lu explained.

She insisted on getting him vaccinated, along with his two siblings.

"I burst into tears when our daughter when our 12 year old was vaccinated because it just felt like this extra level of protection," she said. "There was no hesitancy, I wanted them to be protected. This disease is frightening."