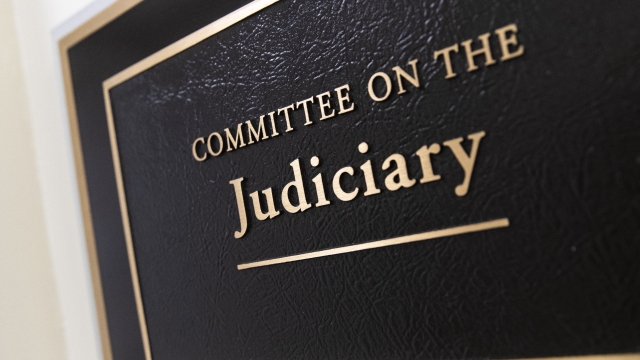 Four constitutional scholars will appear before the House Judiciary Committee on Wednesday.

The House Judiciary Committee has revealed the four witnesses set to testify during its first hearing in the impeachment inquiry against President Trump on Wednesday. All four are constitutional law scholars, with three selected by Democrats and one selected by Republicans.

Noah Feldman is a Harvard Law School professor. He's written several articles on impeachment, including an editorial for The New York Times in which he called the current situation a "constitutional crisis." In an editorial for Bloomberg, he advised House Democrats to focus on the Constitution and not on statutory law, saying the latter could "obfuscate the fundamental wrongness of Trump's conduct."

Pamela Karlan is a professor of public interest law and the co-director of the Supreme Court Litigation Clinic at Stanford Law School. She was considered for a Supreme Court appointment by the Obama administration, and a 2009 profile in The New York Times described her as "a champion of gay rights, criminal defendants' rights and voting rights." She also served the Justice Department between 2014 and 2015 as deputy assistant attorney general for voting rights.

Michael Gerhardt is a professor of jurisprudence at the University of North Carolina School of Law at Chapel Hill. He's written two books on impeachment and served as a witness during the impeachment of former President Clinton. In an interview with Slate last month, he said President Trump had "dismissed the rule of law as being relevant to his life."

Jonathan Turley is a professor of public interest law at The George Washington University Law School and will serve as the minority witness. In 2014, Turley was hired by House Republicans when they sued the Obama administration over the Affordable Care Act. Turley has criticized the impeachment inquiry. In an editorial for The Hill last month he said it was "designed to fail with an incomplete and conflicted record."

During a conference call with reporters Tuesday afternoon, a House staffer called the witnesses the "nation's top legal experts" on the constitutional standards of impeachment. The staffer said their respective testimonies would help lawmakers understand how those standards could be applied to the president's alleged misconduct.